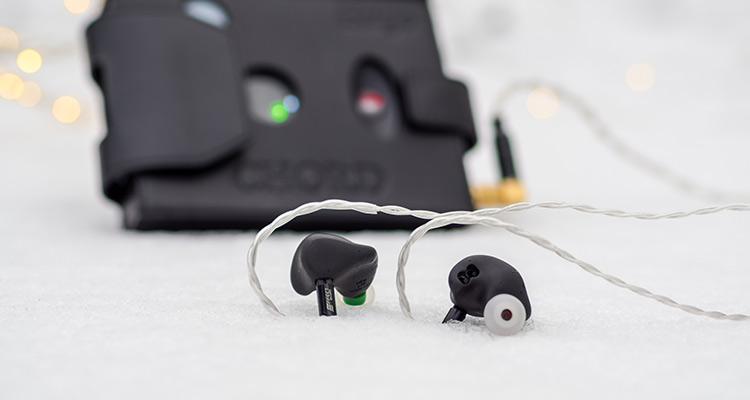 The InEar ProPhile 8 is considered to be a reference of any IEM in regards to neutral frequency response. I personally share that opinion. (Read my full-length review here.) Let’s take a closer look.

We have a minimal and linear boost in the bass that peaks at around 60 Hz in the sub-bass with 3-4 dB. This is far below the quantity that Harman’s research suggests is preferred by consumers, however, it is perceived as very neutral in a studio environment. Note that the linear curve into the midrange preserves body and warmth.

According to the textbook, the HRTF compensation would want to hit around 10 dB at 2.5-3 kHz. The ProPhile 8 doesn’t quite reach that pressure level which allows for a more relaxed listening experience. Details are retrieved from the continuous rise up to 3.5 kHz.

The transition into the higher frequencies is fantastic. ProPhile’s transparency and resolution owes a lot to the evened out treble response. If you want to be nitpicky, the SPL curve ideally is leveled at 1kHz and 10 kHz. The sound pressure does fall off above 12 kHz or so, which I can confirm from subjective sinus sweeps.

The default InEar ProPhile 8 has two switches on the inside of the cymba part. If you do not need the separate switches for bass and treble, you can buy the ProPhile 8 without them. They are named 8L and 8VS respectively. Let’s take a closer look at the ProPhile 8VS.

We can divide the curves to emphasize on the differences to the original ProPhile 8L.

The bass switch boosts the lows by ca. 4dB, but it also creates a stronger separation between lows and mids, reminding me of the Harman target. The midrange is basically not effected by the switches at all. The treble switch is difficult to distinguish and had left me puzzled before. It is nuanced and only softly boosts the treble resolution. Unfortunately, 2dB extra from 8-10 kHz can sometimes be a bit too hot for my taste. However, the treble switch helps with the extension so could be a good option if you find the right ear tips to pair the IEMs with.

The 64 Audio A18t are considered to be one of the best neutral monitors available. How do they compare to the ProPhile 8?

Good news for those that request more bass and warmth from the PP8. 64 Audio definitely delivers quantity in the lows, though, some argue that a 6dB boost is close to that of a well-treated room.

While I was comparing the two IEMs in a listening session, I was having a hard time to make out the differences apart from the lows. Yet both IEMs match the midrange and treble SPL even closer than I expected. The differences are subtle and both models impress with sheer detail and transparency.

I have more measurements here. Compare with other IEMs.