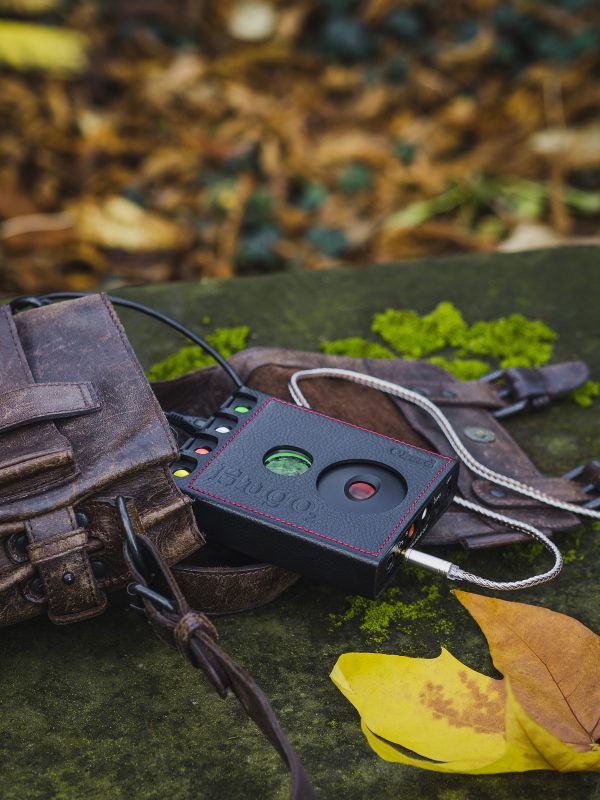 Autumn is arguably the most romantic season. The shift in colors, the rainy days, coming home with cold feet and slowly warming back up. Most noticeable is the change of pace in which the world seems to turn. It’s the best time to get lost in music. 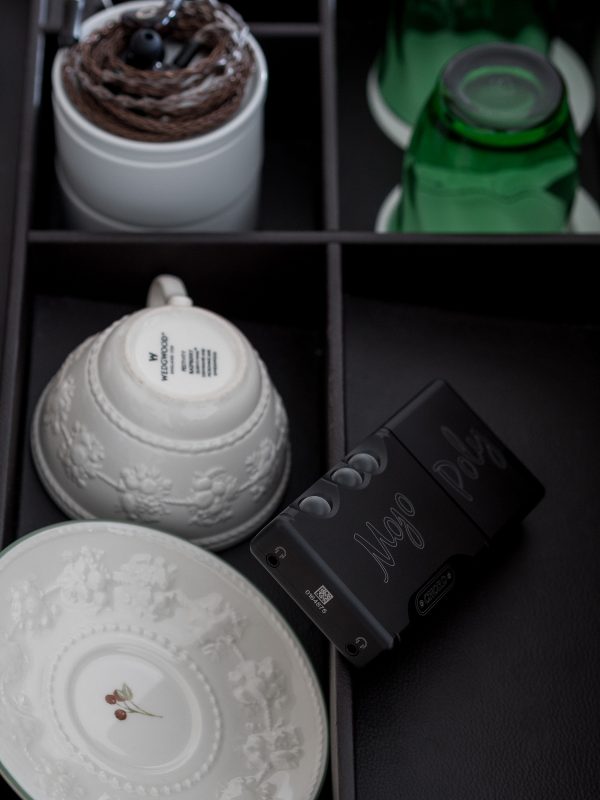 The Chord Mojo and Poly have a very characteristic design, yet they also do not draw the attention too much. Next to a set of Wedgwood cups, the DAC might go unnoticed. 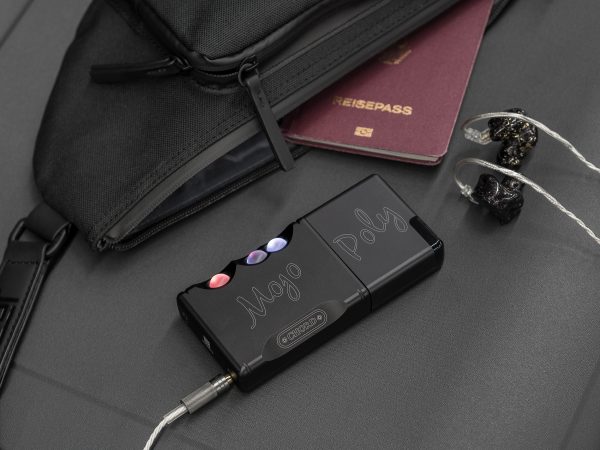 The Mojo & Poly combo are a trusty travel companion for the true audiophile. There are multiple ways to access the inserted microSD card. 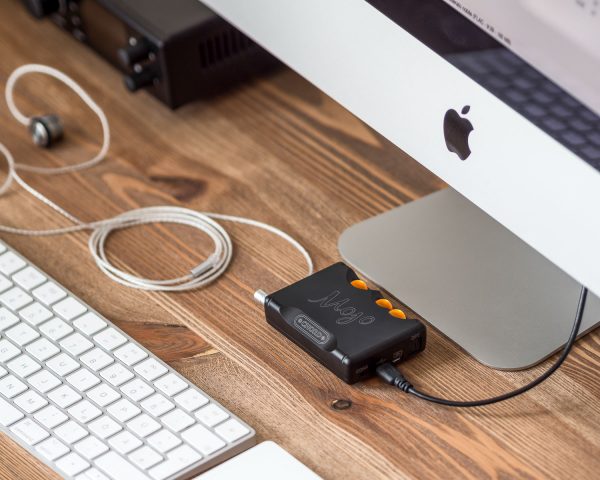 The Mojo is a very capable DAC and head-amp. It can really help to clean up your desk space. 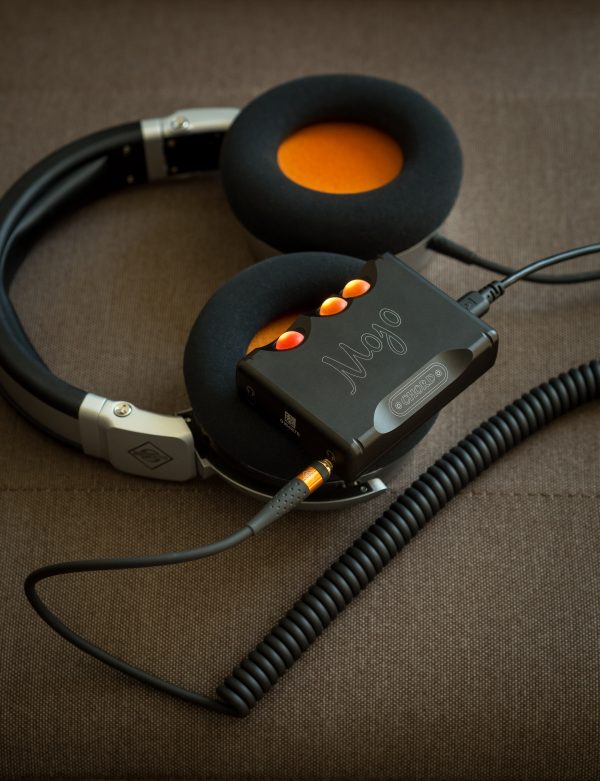 When the headphone design matches the color lights. 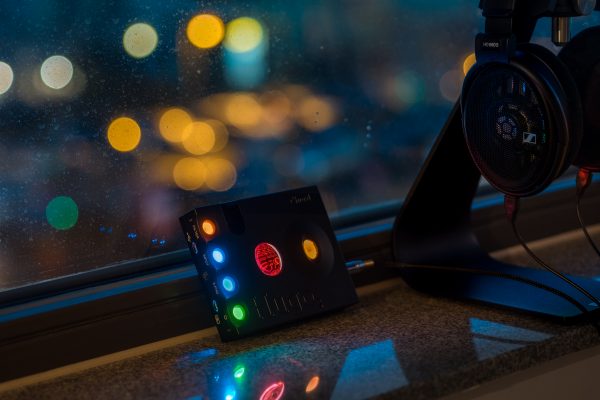 It’s the rainy days when music can be the most emotional. Water drops also make for a nice bokeh. 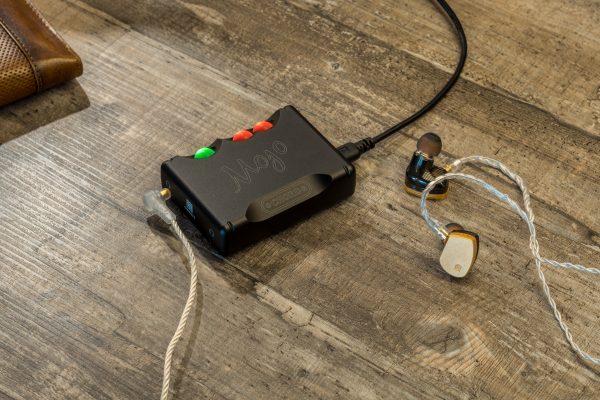 The Mojo remains as one of the best portable DACs yet and it continues to win one gold award after another. The Mojo deserves a matching pair of IEMs to go with it. 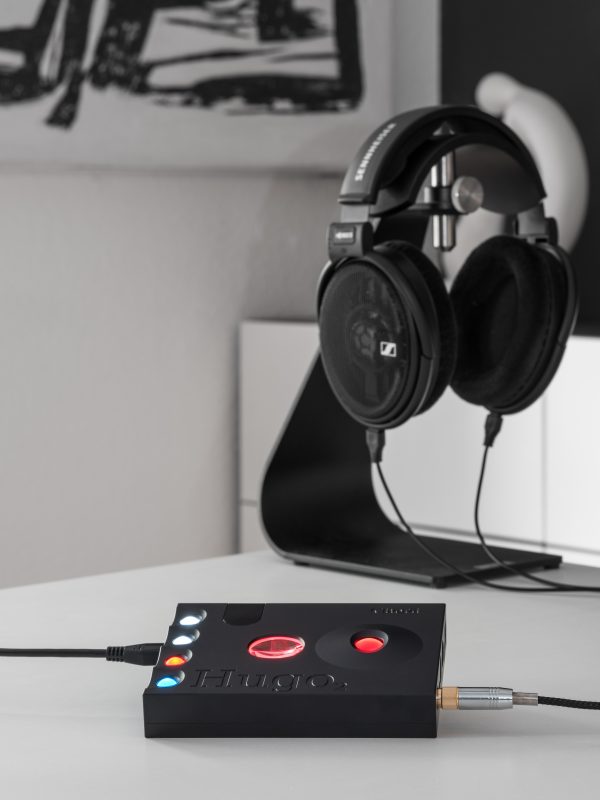 My last apartment had but few colors. Most of my furniture was either black or white. It matched well with my audio gear and especially the black Hugo 2. 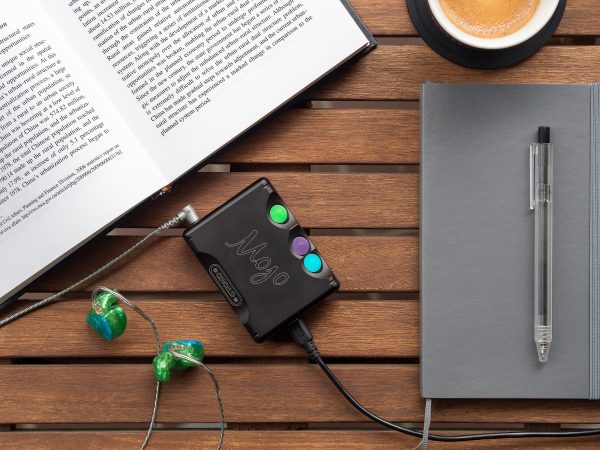 This is what I do. Read expert publications on China while listening to audiophile music and enjoying either a hot coffee or a cold drink. This photo is a personal time stamp from the summer of 2018. 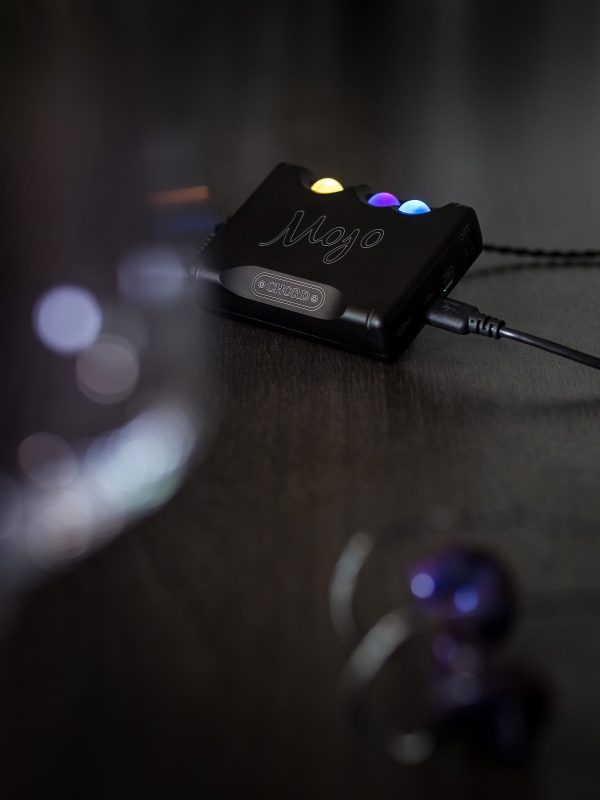 The bokeh up front is from an empty wine glass. A very simple trick to fill up some empty space if you use an open lens. In hindsight, I should have pulled it closer… 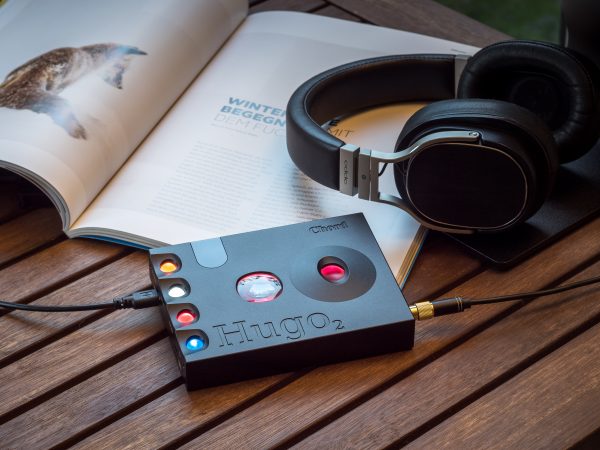 What does the Fox say?

It would probably say that a day listening to music and reading photography magazines is a day well spent. 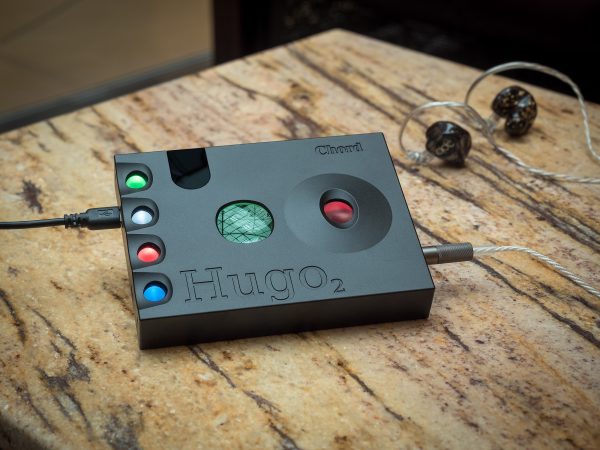 The Hugo 2 is getting around quite a lot. This shot was taken on a short trip. The marbled table provided a good contrast to the smooth surface of the beautiful metal build of the Chord. 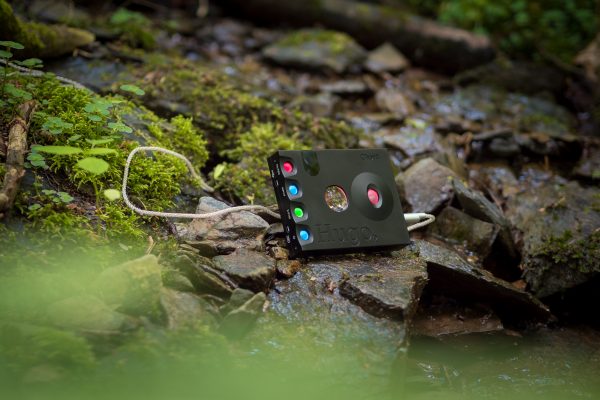 The great thing about portable audio is you can listen to it anywhere. In the woods, some might rather listen to birds sing or the bickering of a creek, but at least you have the option. 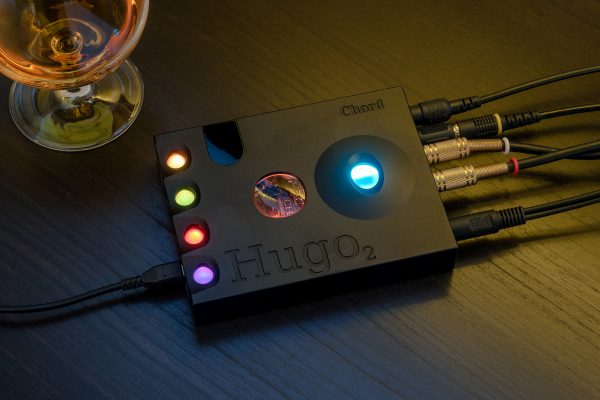 My first shot of the black Hugo 2. I think the colors pop much better than with the silver version. 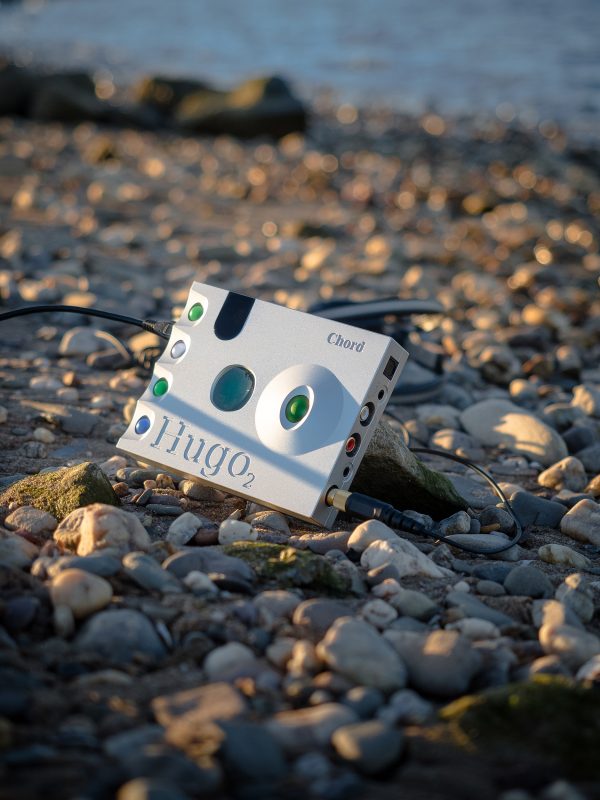 Sunset at the river Rhine created this nice bokeh of the stones with the water in the background. I thought the shadow leading to the plug created some more dynamics. 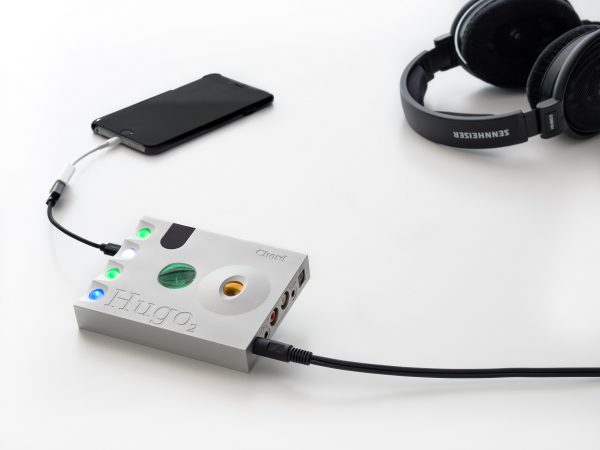 I have a new table. It’s white and big. Like really big. I experimented a bit how I could use the space. 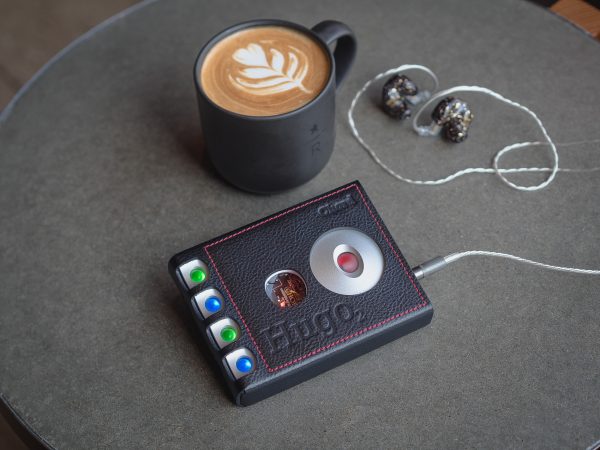 Somehow coffee and audio go well together. It is about enjoying your leisure time and what better way is there to relax? The least the Hugo 2 with the qdc Gemini deserve is the Reserve coffee. 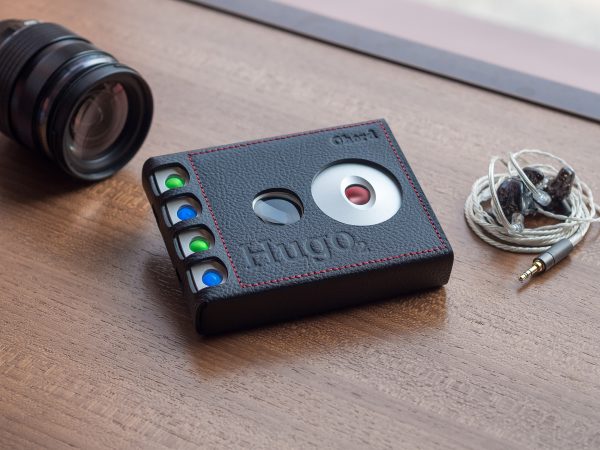 Photography and portable audio just go well together. A lonely soul wandering around and taking pictures while listening to music in the best way possible. Isn’t that romantic? 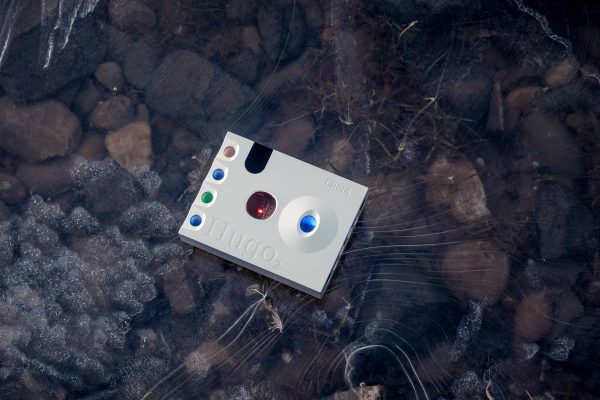 Actually I left my home early that day to take a blue hour cityscape shot. However, I always carry the Hugo 2 with me, so when I saw a frozen puddle, I thought it would be worth a shot. I like the rough texture of the ice in contrast to the smooth surface and clean design of the Hugo 2. However, it was after this shot that I noticed that I have to buy and use a grey card in the future. 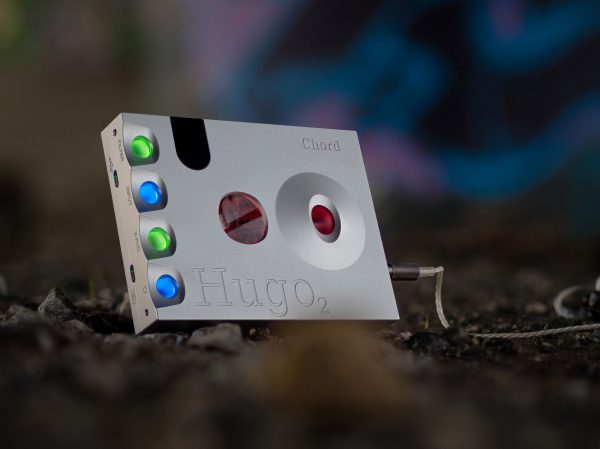 The Hugo 2 can receive data via Bluetooth. It uses aptX with 352 kbps for 16bit-48kHz.
I used focus bracketing for this shot and manually stitched 10 pictures at f/1.8 together. The lighting is all natural. 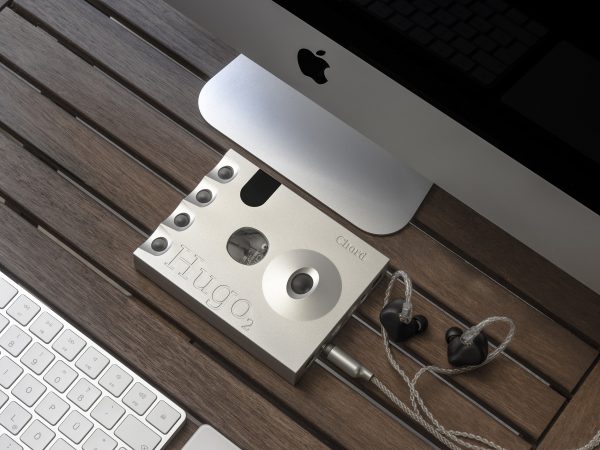 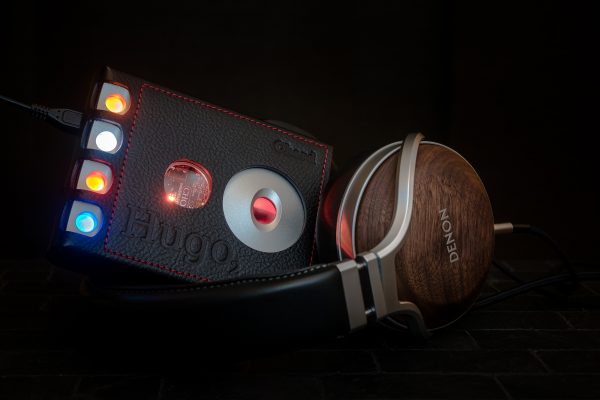 To be honest, I have very little experience with flash photography. My Olympus OM-D comes with a removable flash that lets you adjust the angle of direction. That inspired me to experiment with a reflector to catch the texture on the leather case and also the wood pattern on the headphones. 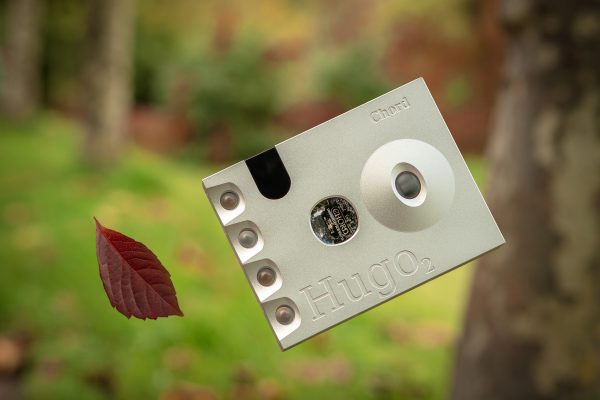 I took this fast shutter photo tossing the Hugo 2 in the air and simultaneously dropping a leaf. Not gonna lie, took a few attempts. It would have been cooler to have a headphone dropping in the background too, but unfortunately I am not an octopus and thus limited to two arms. 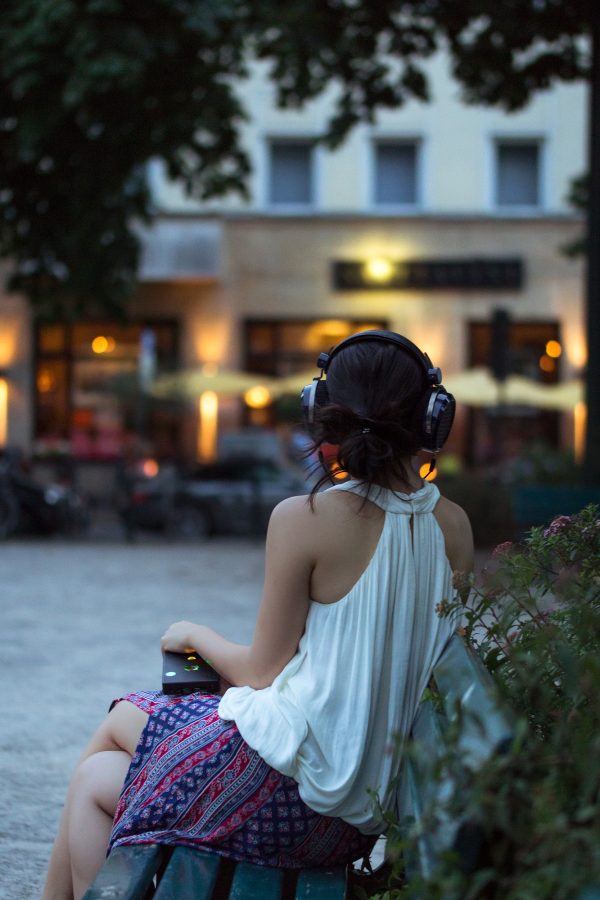 One could argue whether it makes sense to use a HiFiMAN headphone outside, but either way you have the choice with so much power in a portable device. 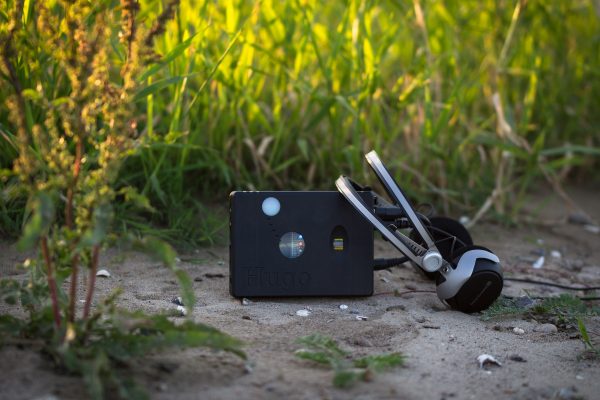 I was told Hugo is a phonetic pun on “you go”, emphasizing on the portability of the device. The Chord Hugo did accompany me everywhere I went. 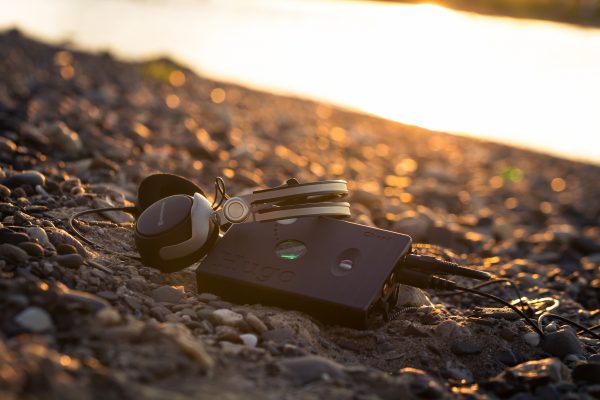 Following my short paragraph on flaws, I have to stress that the Chord Hugo DAC and head-amp is an absolute killer device. But you already knew that because people have probably been telling you that for a while now. It’s the Swiss army knife among portable DACs and it has an incredible headphone output (well, three) as well. Build quality is superb, too. But most of all, the sound is very truthful to the source with an organic and realistic feel like I have rarely felt. The crossfeed network is implemented perfectly and overall Hugo is capable to put many home set-ups to shame while neatly fitting into most pockets. This is reference material!