Getting acquainted with the M.Zuiko 60mm f/2.8 lens. 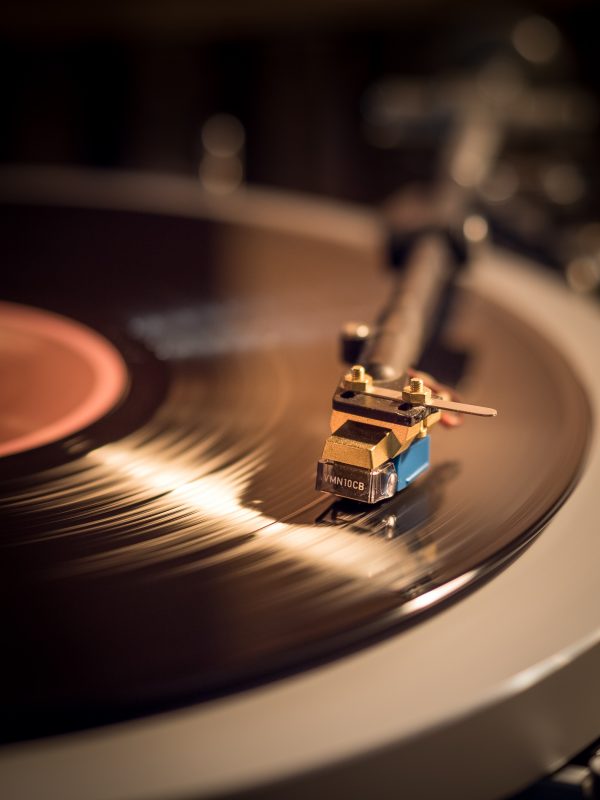 If things come to an end, it’s time to switch to side B. 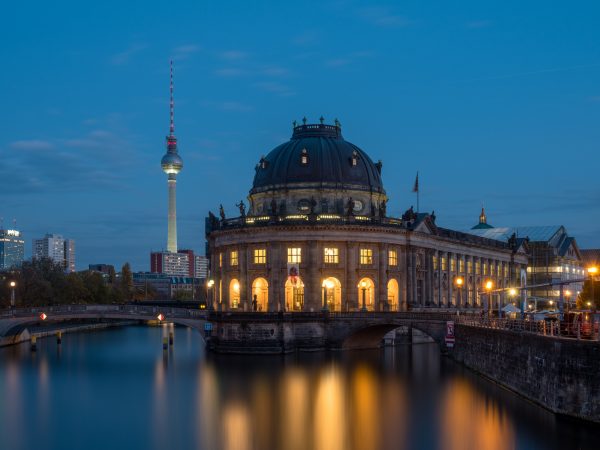 So this is it… My new home. The city where my new chapter begins. I am looking forward to all future adventures. 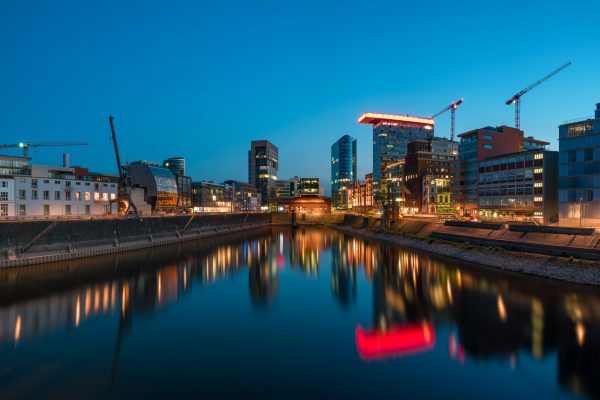 This is Düsseldorf’s media port. It’s not being used as a port anymore but instead architects used the area to build impressive office buildings and hotels. 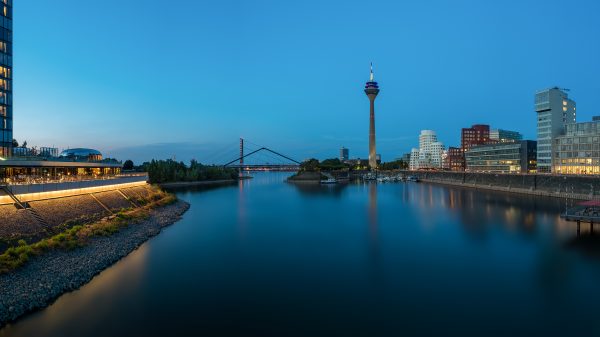 I took a similar shot two years ago but I went back to the same spot to see if I can improve on it with the same equipment. This is a detailed multi-shot panorama with a resolution of over 120 megapixels. I might get it printed some day. 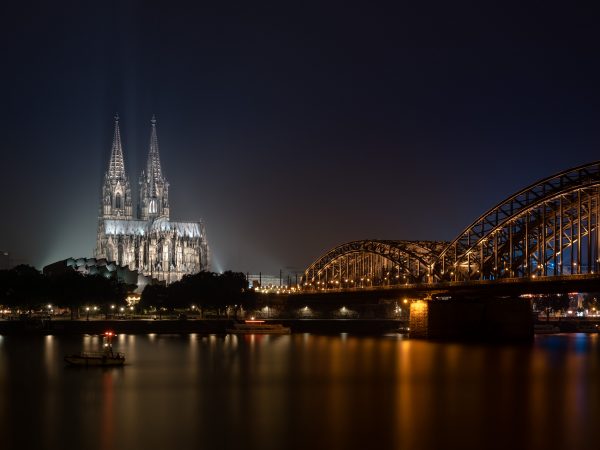 A dense fog drowned out all buildings behind the Cologne Cathedral that night, giving the city’s perhaps two most prominent buildings even more attention. 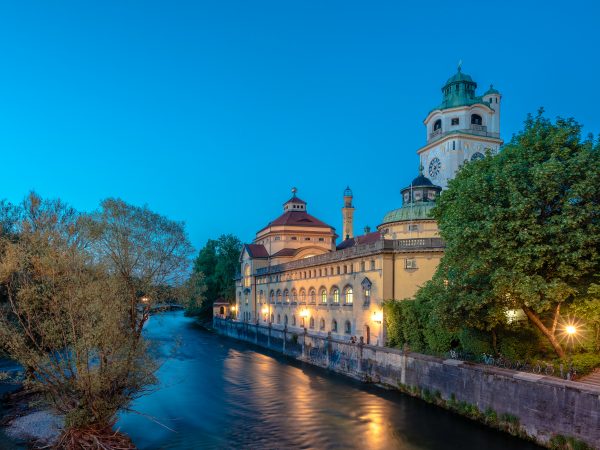 The architecture in Munich is quite impressive. This public bath is a great showcase for baroque revival. 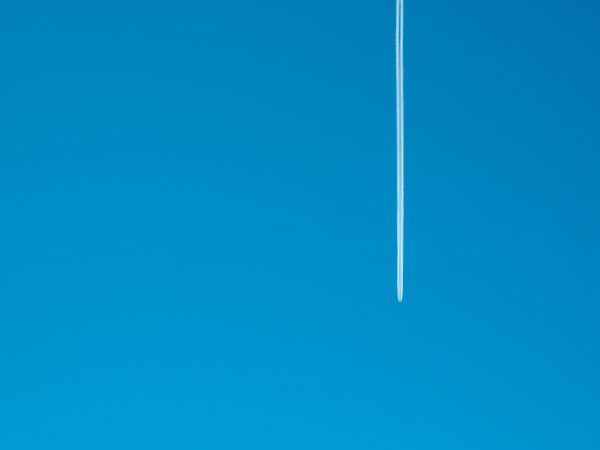 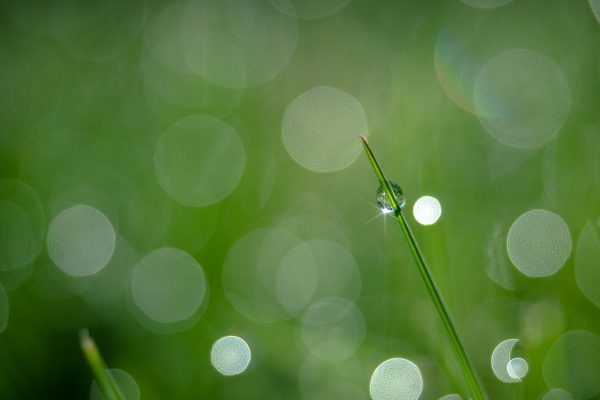 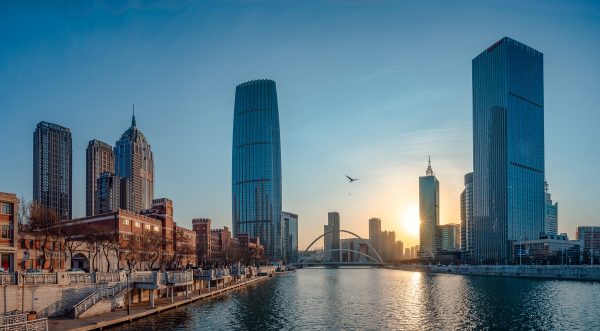 Blue sky in a megacity that is usually known for strong air pollution. On this day, just before sunset, there wasn’t a hint of smog. A bird is enjoying the weather. 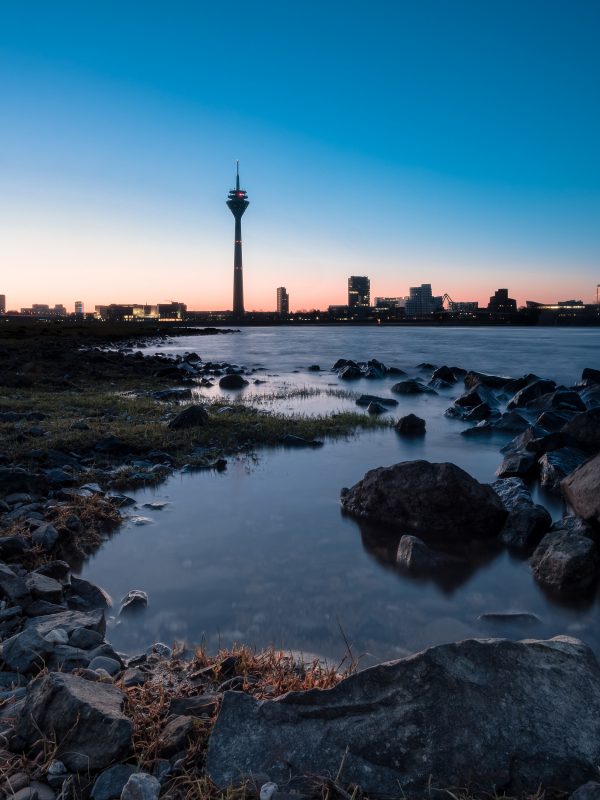 I took this photo shortly before sunrise with freezing temperatures. It is a HDR that I stacked according to focus points. The front was actually too dark to capture with the same shutter speed so I killed two birds with one stone. 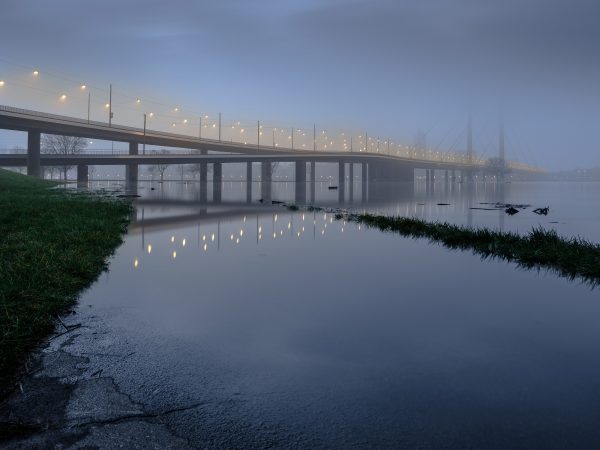 Early 2018 Germany was hit with flood waters. This early morning the high water was accompanied by strong fog, drowning the city in an eerie atmosphere. 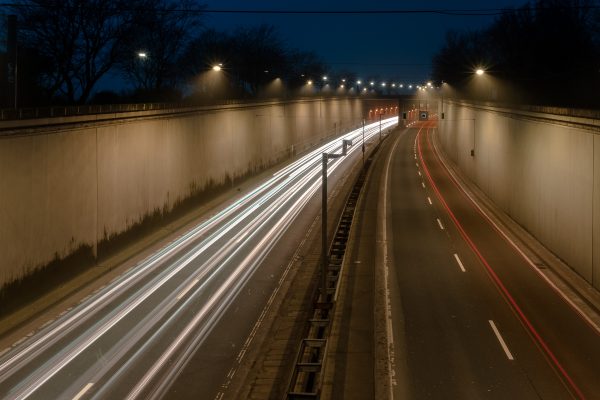 Early birds on their way to work. 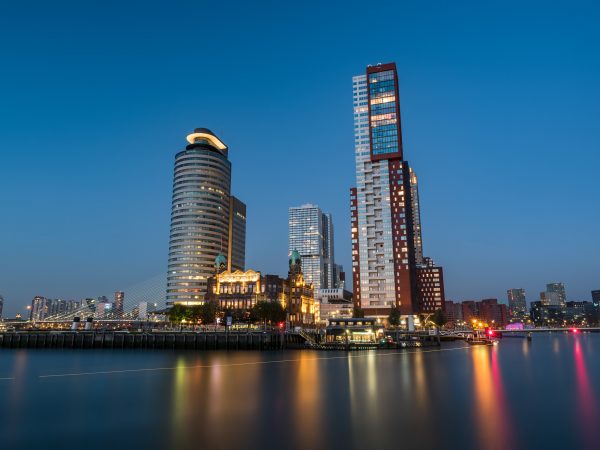 Rotterdam is a beautiful and modern city that boasts creative architecture. This image is a high-resolution composition of several images over 8 minutes shutter speed. During the last shot a water taxi conveniently drove to the dock that gave this scene a dynamic yellow line. I decided not to straighten the lines vertically for a more island-like feeling. 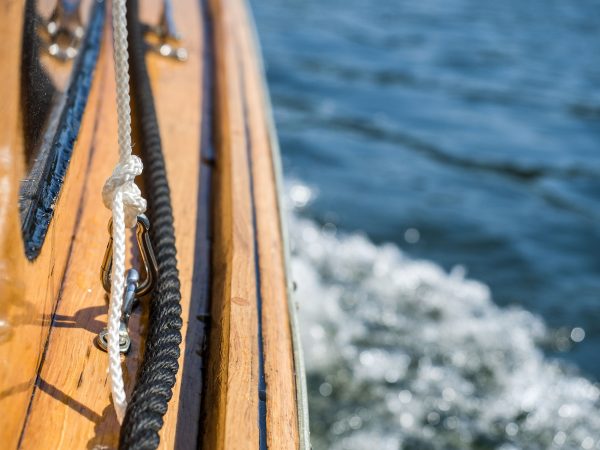 Although I’m not into shooting films, I wanted to try out the image stabilization of my new camera back in summer 2015. So I made this short clip on the river Mosel. 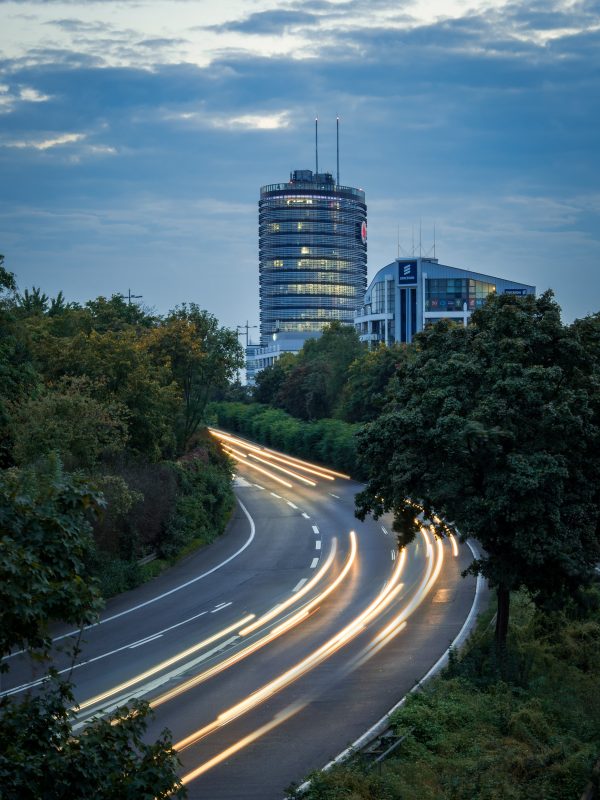 Düsseldorf is known for telecommunications. Vodafone, Ericsson, Huawei and more have chosen the city for their European headquarters. 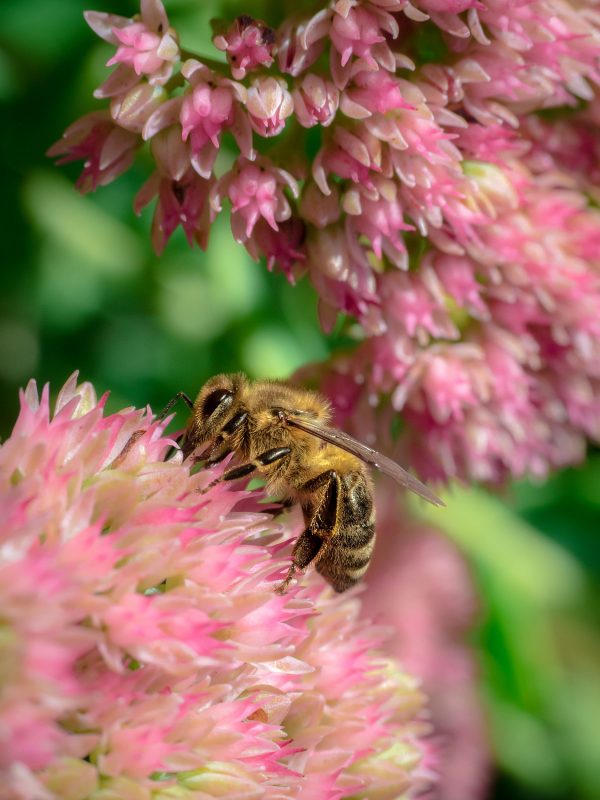 This is actually not a special photo, but it has meaning to me. I got into photography with a beginner Canon APS-C. Not a bad camera at all, I especially loved my 70mm macro lens with which I captured a similar photo of a bee on the same flower. However, I lost it. I retook this one 3 years later with a kit lens on an Olympus MFT. 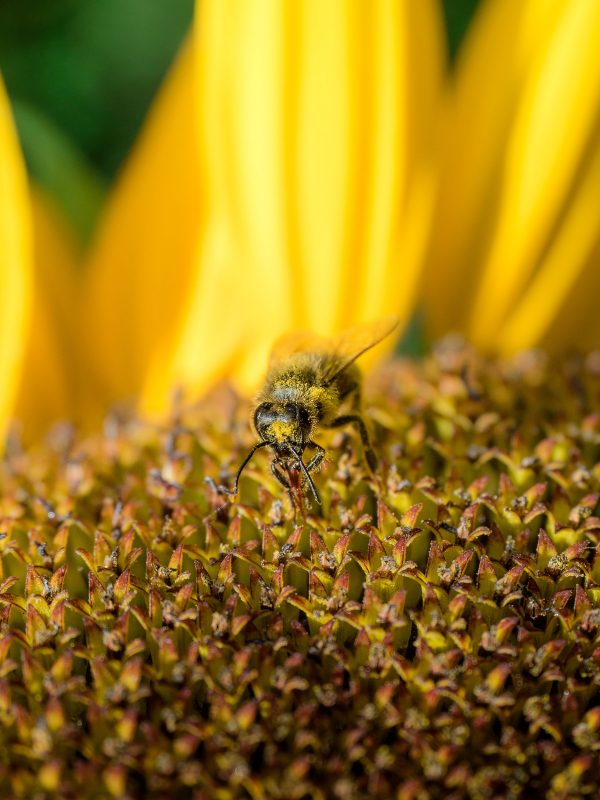 Macro shot of a bee pollinating a sun flower. It looks trivial, but actually it took me quite a while to manage a sharp photograph of this scene. Sun flowers can grow very high; I had to stretch my arms above my head and guess the focal distance. The scene was not steady enough to trust the auto focus because of wind and also because the bee was very busy. 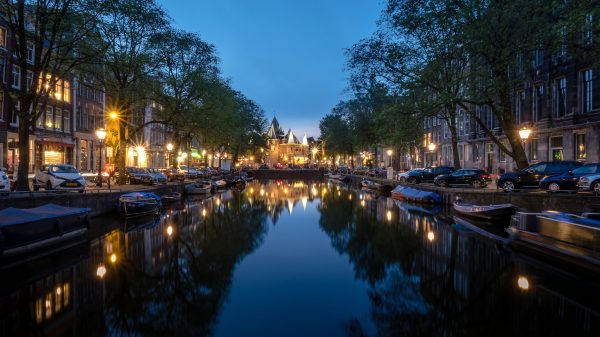 After a great day in Amsterdam, I took this on my way back to the hotel. It was quite late already but luckily in summer you can still capture some color in the sky. The original file is actually a composition done with Olympus’ sensor shift resulting in a high resolution 64 MP image. 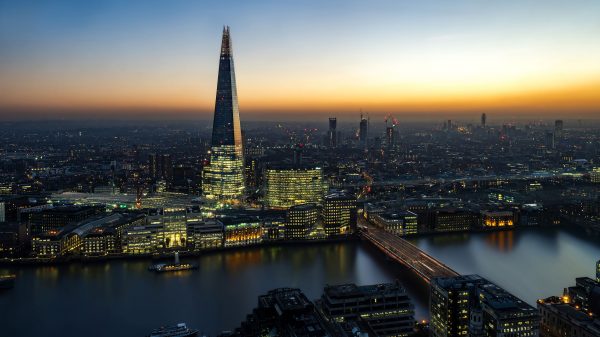 If you are a photographer, you absolutely must book a visit to Sky Garden. That’s the easiest way to get a beautiful aerial shot of the city. However, they don’t allow tripods and many people will smear the protective glass before you get there. You will have to prepare well and get a bit creative for a good shot. I managed to capture this view over Borough Market, the Shard and the river Thames. 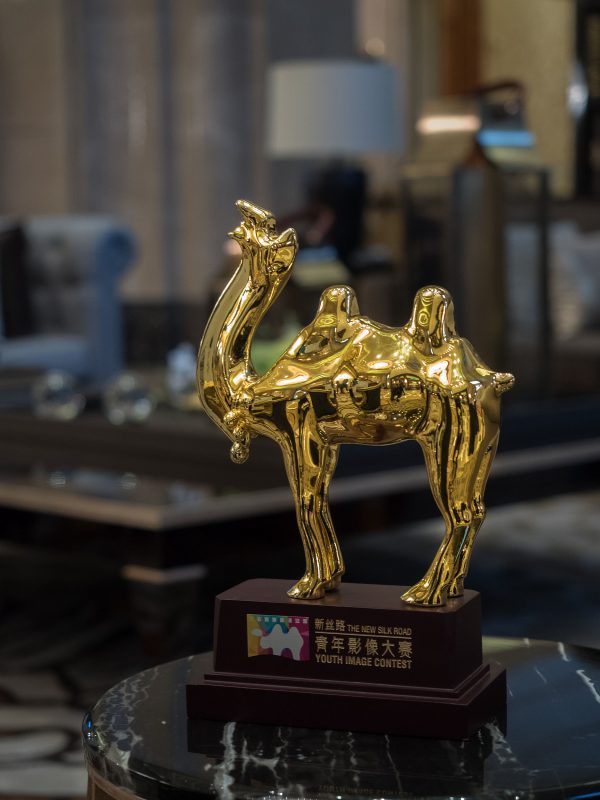 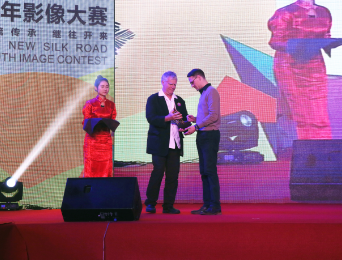 During my year abroad in China, I was handed this trophy in a confusing situation. I was asked to attend a photography event as a guest when suddenly I was called on stage and handed this prize. They did not call out my name specifically, though, and it turned out I was supposed to replace the actual winner who was expelled from China. It got really confusing for me because they actually showed my photographs on the screen and stole my images from WeChat and printed them on the flyer. I probably gave the weirdest interview ever, but the press probably thinks it was because my Chinese wasn’t good enough. Needless to say, I had to return the camel after the event. 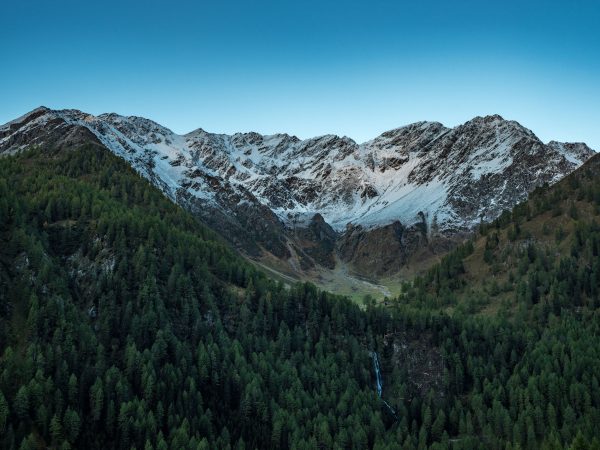 During an amazingly refreshing trip to east Tyrol, I captured this impression from our hut. The previous day we climbed down from our part of the mountains, crossed the valley, passed the waterfall and climbed up all the way to where the snow starts. However, that day it was extremely foggy and raining. We had no idea the scenery was this beautiful until the sky cleared up the next day. 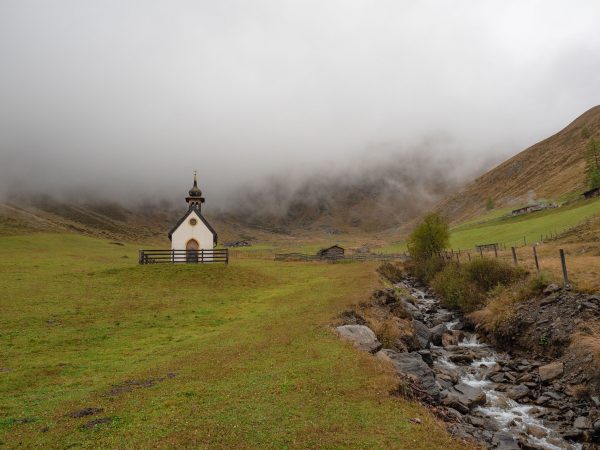 On a rainy and foggy day, we decided to climb up a mountain. We could hardly see further than 20 meters until we reached the top. We were drinking clear water from the creek when suddenly the fog lifted up. It was not until then we noticed the small chapel next to us. 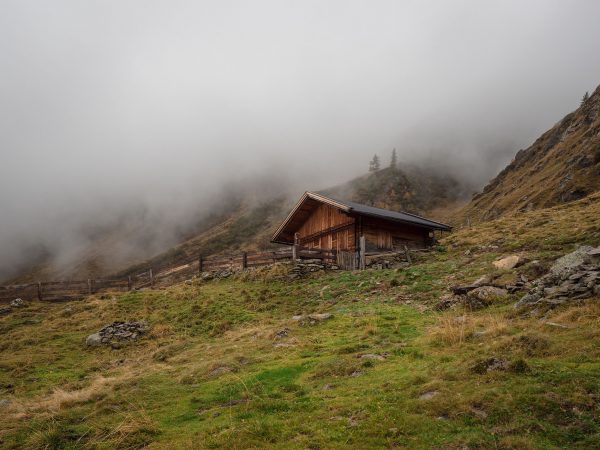 Closed for the Season

Autumn in Tirol. The grass turns yellow and gets covered by green moss. The scene also has a nice contrast of wood and stone. The private hut is unreachable by car but the view is breathtaking. Behind it the mountain gets very steep so there is no passing without proper gear. Just a few meters higher it was snowing.

I took this shot very early in the morning. The sun has just risen but is hiding behind the buildings. Düsseldorf is one of my favorite cities ever. Moving here gave me a lot of vigor. 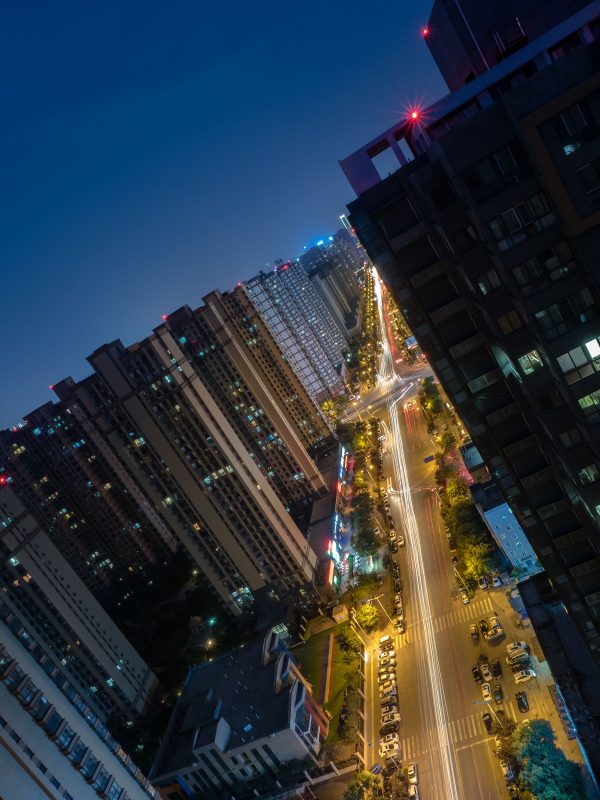 It doesn’t look like it, but this was a very dangerous shot. I climbed on the roof of my apartment in Xi’an and sat on the highest corner with no rails to protect me from falling down. It’s only 32 floors, but enough to pump my adrenaline. The scene itself is nothing special, just a residential area. 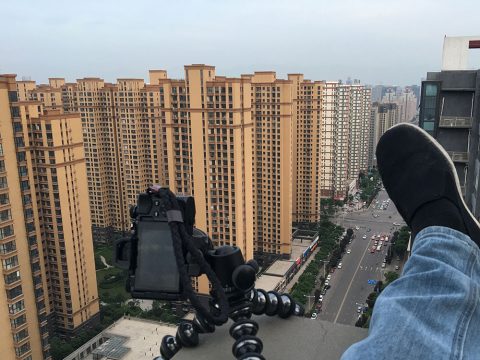 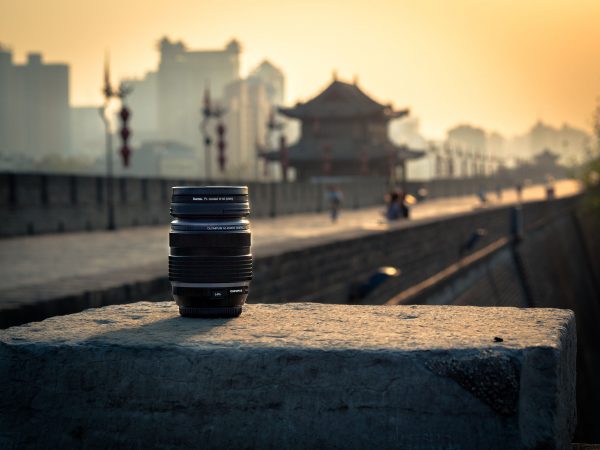 Almost all of the photographs in my portfolio were captured with this lens on an Olympus OM-D E-M5 Mark II micro-four-third mirrorless camera. This was my best friend in China and it’s still my buddy today. You cannot imagine my pain when I broke it on new year’s eve and didn’t get it repaired until March. 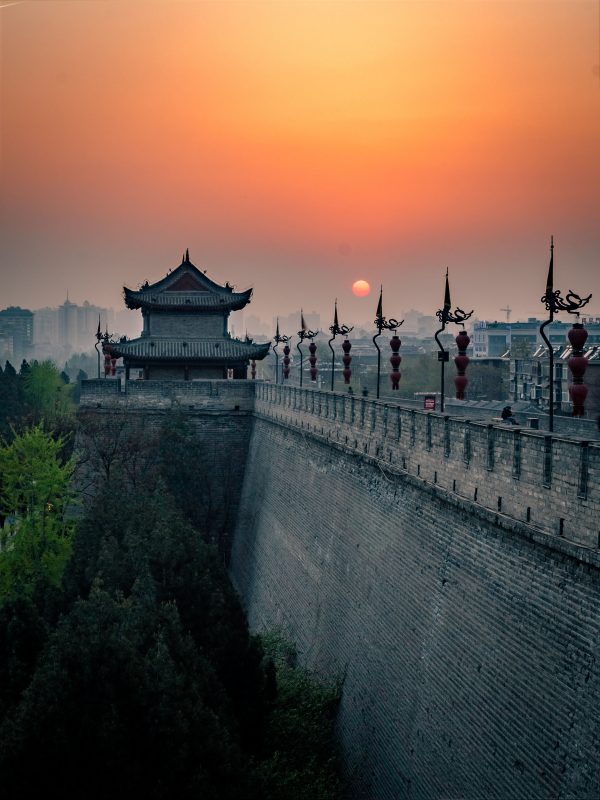 This is perhaps my favorite photo that I took in Xi’an. Even though you can see the smog, this was one of the prettier days. It’s not until the sun set down that the sky suddenly turned red. I shot an HDR with a c-pol filter to enhance the color. This version has hardly been touched. You can still notice the dirt on the lens. 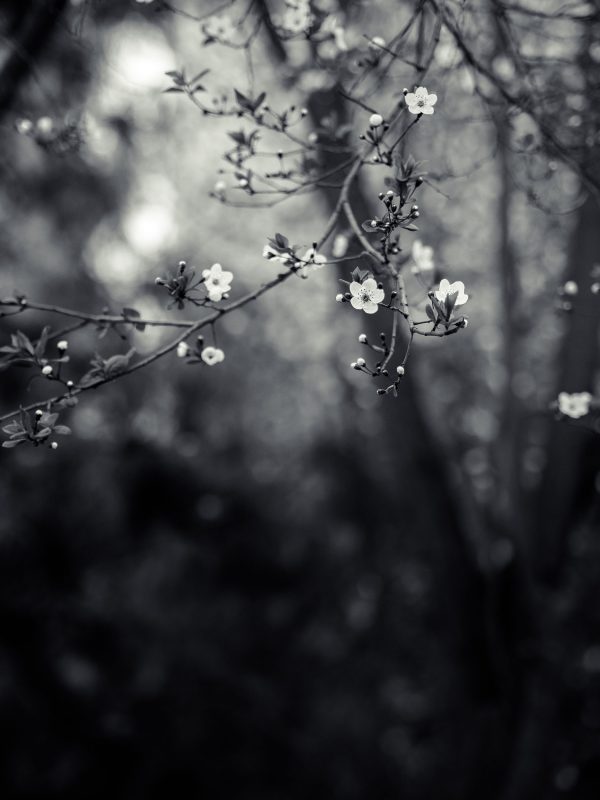 Spring in China. The air pollution was too strong and it felt like the whole world was desaturated. So I decided to do some b&w photography. I think the dark grey tones give the image a sense of serenity. 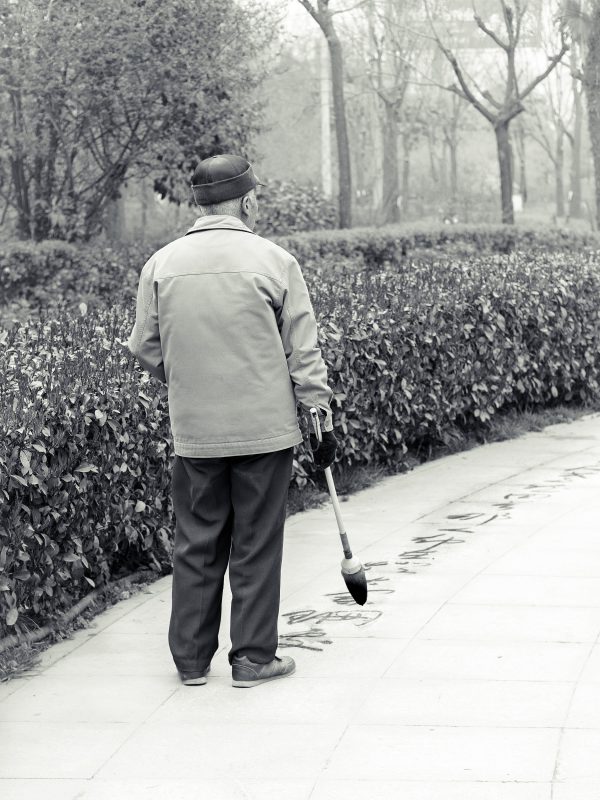 Portrait of an Unknown Man

This is not the usual portrait as it is shot from the back. The person stays anonymous. However, this retired man is quite symbolic power over the Chinese culture. He uses a big brush and water to write down lessons of his past so he doesn’t forget them. Roots are especially strong in China