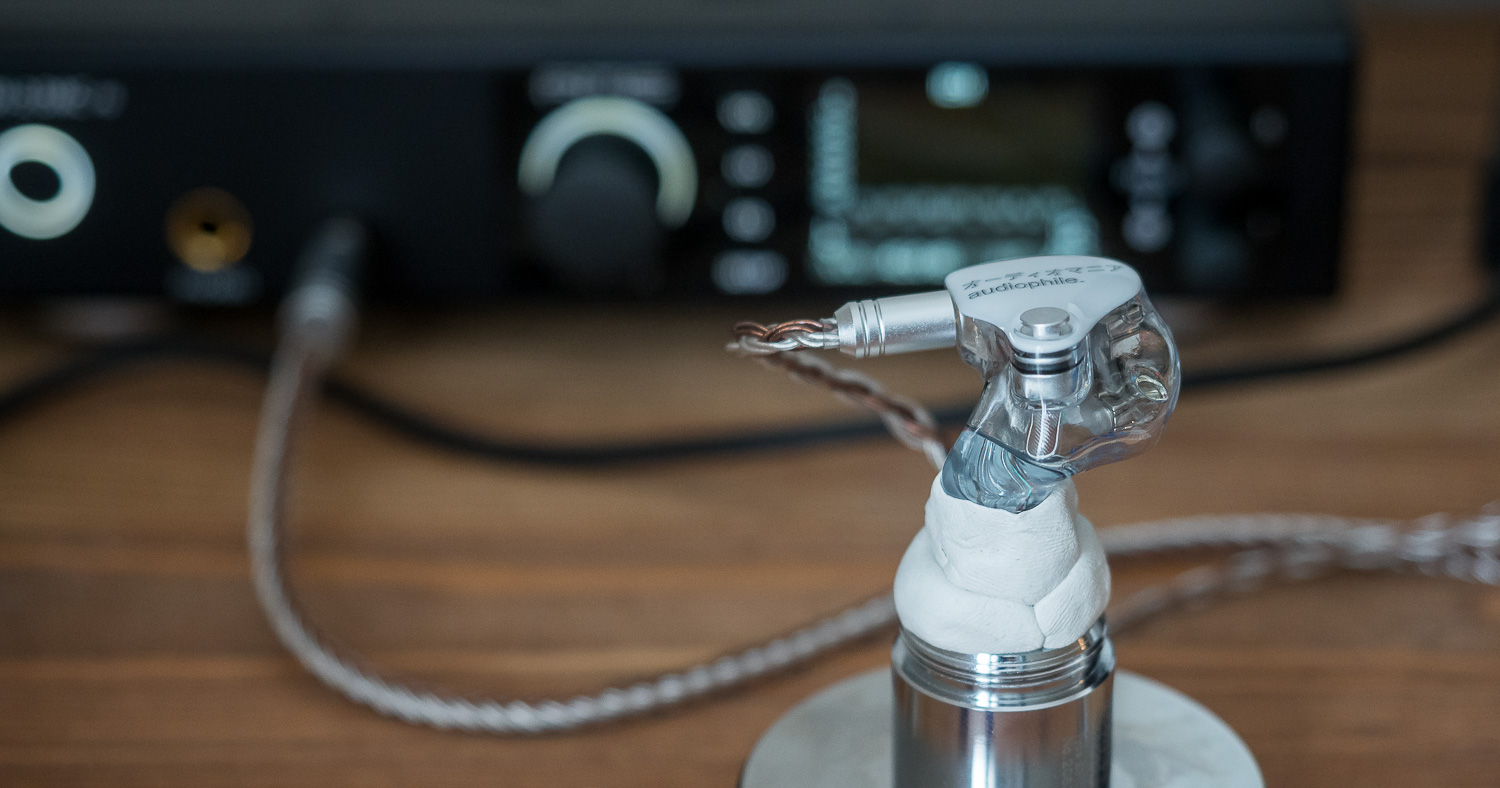 As you might have noticed, I too like to measure my IEMs and study their frequency response. Though it doesn’t tell the whole story, there is a lot of information to be found. I do think that my raw measurements of IEMs are of decent quality and can be useful for anyone who knows what a target response should look like. But measuring custom IEMs is a bit trickier.

The trouble with measuring CIEM is to find the correct distance to the ear drum, e.g. microphone in the coupler. This has great effects on the resonance of the ear canal and will show in the treble pressure. The included adapters of my coupler are not compatible with customized ear canal shapes of CIEMs so I had to get creative.

Looking at different objects, my pen’s cap had the right diameter that matched the IEC’s dimensions. To find the correct length, though, there is a lot of subjectivity involved. I tried different lengths to match the measured resonance peak to where I would locate it with generating sine sweeps. Do note that the ear canal length varies from person to person. In average, it is around 2,5cm but from what I’ve been told, my ear drum sits closer than that. For me, this means that how I perceive IEMs is like a deeper insertion for others. So just keep that in mind. Unfortunately, my blog is not objective audio science but just an audiophile sharing his experience.

Anyway, I have cut different slices to simulate different insertion depths and have found the lengths to use as an extension to the coupler. So enough with the talk, let’s look at the results!

Holy moly. The results are much better than I anticipated. The resonance peak’s amplitude seems to also be dependent on the frequency. Here, it won’t really show itself at all. Let’s compare to the U18t.

I have shared some initial impressions of this beast of a monitor right here: Introducing My New 64 Audio A18t

Custom A18 Versus Universal U18

We can see some differences in the frequency measurements that match my subjective impressions. The A18t is a little bit leaner in the bass, though less than 2dB, and hardly noticeable because of the better extension and much better isolation. But on some days I did feel like the bass on U18 was too bloated – not so with the A18. In the review on Inner Fidelity, the same issue was addressed. I guess this is where psycho-acoustics come into play.

The midrange is very much similar with differences of less than 1 dB but it gets more interesting starting with the lower treble. 6-8 kHz are more prominent on the customized version. Something that I personally did not expect, to be honest, but doesn’t throw me off when using sine swipes either. I used the U18t mostly with Sedna Ear Tips and those will add more treble for sure. Yet most noticeably to me when playing music is the additional treble information of the U18t with the rise from 9 kHz and up. That is where the universal monitors starts to sparkle and add excitement to cymbal splashes. In contrast, the customized A18 has a much more natural timbre and shows a curve worthy of textbook reference material.

Definitely you can tweak U18t’s sound signature with different tips and I am almost certain that one can get (much) closer to the curve of the A18t. This is a different project, though. For now, I am only sharing what I measured as it matches my subjective impressions.

Here’s another flagship CIEM. There’s a detailed review on Headfonics by me. I don’t think I have to add much at this point. Meanwhile, qdc’s top spot has been taken by the Anole VX, which I auditioned in Japan. For me, I think the VX might be one of the very best universals yet. They refined the treble of the Gemini and really pushed the tonality to some of the best I’ve ever heard. I will see if eventually I can get my Gemini upgraded, perhaps.

Here’s the underdog from China. Actually, NF Audio is gaining in popularity but the international fame is not quite there yet. Again, check out my review on Headfonics for more details. IMO, this is a very good W-signature. Sadly, the CIEM has a rather loose fit now after a few years. I will have to add some layers of acrylic. I blame build quality for the channel imbalance in the midrange. This was always there and is probably because the different tubes in the nozzle aren’t properly aligned.

This frequency response is far less exciting than one would believe based on my review. The main reason is that the original cable had a higher impedance and the Jomo6v2 sounds more neutral with a higher resistance. This is a model that never really caught success and is discontinued by now, so excuse me for not going through the trouble to search for the original cable. I did mention the channel imbalance in the review but it looks even worse now. Could be that the driver lost its dynamics (maybe because it got bumped or it is just a normal sign of wear).

I am taking you back to 2013. This is my very first CIEM: the rhines custom monitors Stage 3, basically identical with the Compact Monitors Stage 3 and now discontinued Vision Ears VE3. I used a different self-made adapter because this CIEM has a very short stem. Though not the flagship, this was considered natural/neutral back in the day and it is still being used by some audio engineers today.

BTW, did you know that I supported the company in marketing and international distribution a few years ago? Check out some of the stuff I did here: