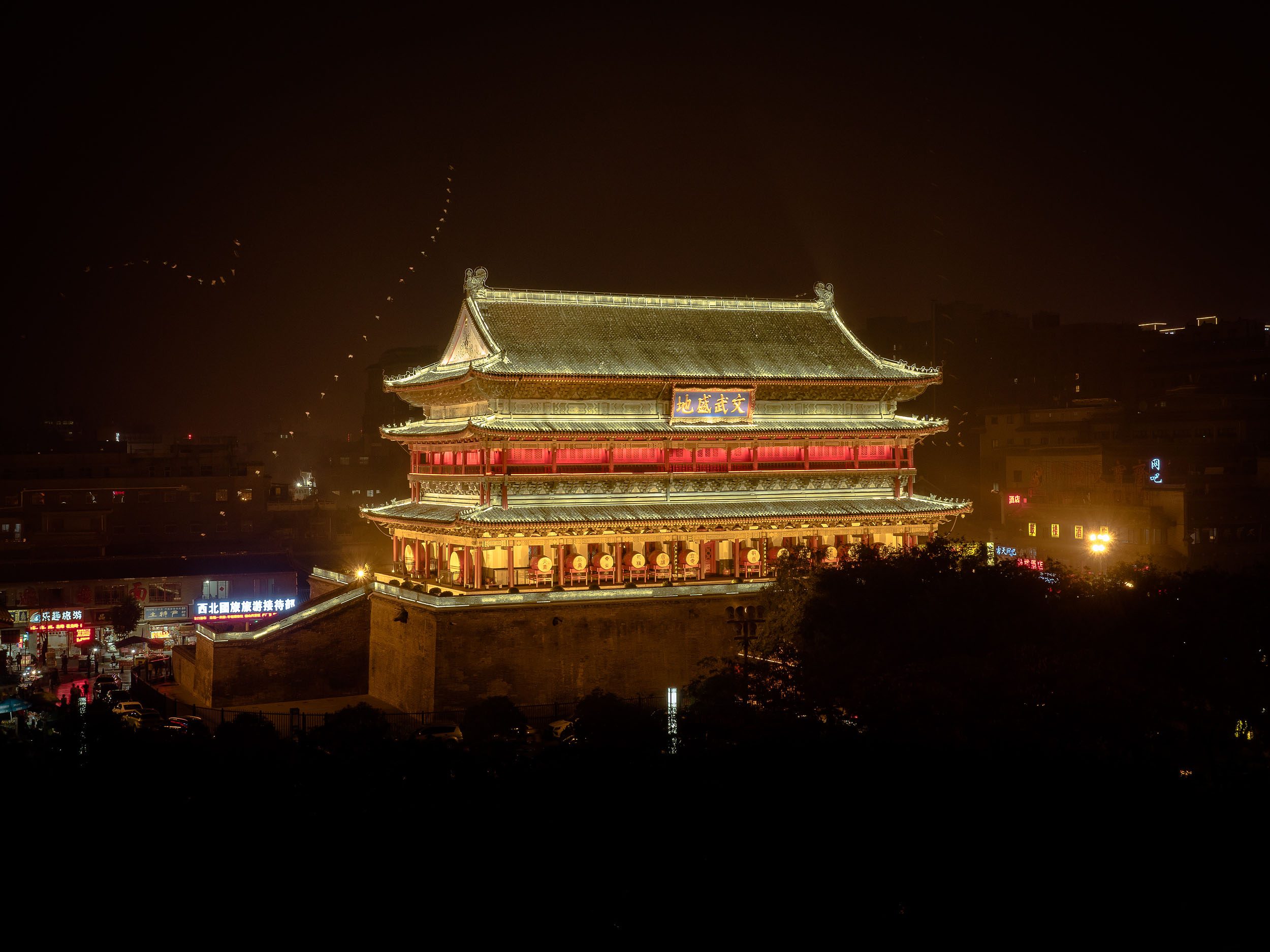 Drum Towers became an important trademark of urban cities after the Mongol Empire in the late 13th century. They signaled the time and with it the opening and closing of market hours. Zhu Yuanzhang had the Drum Tower erected in the early Ming dynasty. I took the shot from a balcony of one of the nearby restaurants in a shopping mall.